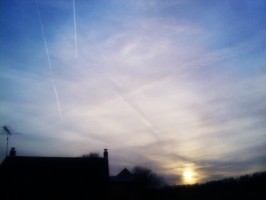 Geo-Engineering is the artificial manipulation of the world’s climate through two primary methods: Carbon Dioxide Removal, and Stratospheric Aerosol Geo-Engineering (SAG), which consists of spraying materials (such as aluminum) into the stratosphere to reflect sunlight away from the earth’s surface (usually suggested as a way to prevent global warming or manipulate weather patterns).

“Potatoes are one of only several foods that contain the same kukoamines that are found in Gogi berries (kukoamines are shown to lower blood pressure and aid weight-loss).”