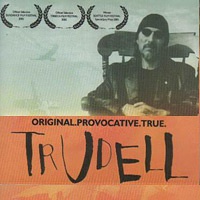 John Trudell became one of the most notable activists for Native American rights in history, but despite widespread public admiration and support for his speeches, Trudell’s attempts to right the injustices against the Native American population were thwarted. The FBI was monitoring him closely, the media largely ignored him, and threats toward the safety of his family leave him questioning the right to free speech.

When his entire family perishes in a suspicious fire while Trudell is under interrogation, he finally recedes from public view to quietly morn through song and poetry, that which was taken from him.

“Diatomaceous Earth is a long-standing natural remedy for pests. It was used by farmers long before modern pesticides gained popularity. It can be fed to animals to remove worms and other internal pests, spread on gardens and crops, or even sprinkled on carpets and furniture to remove flea infestations.”